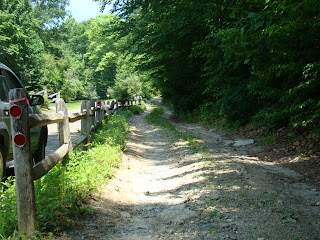 Work accomplished: the southwest entrance road (off Tower Hill) to the SF was heavily overgrown with branches scraping against any vehicle entering; horse riders had a very hard time passing because above head growth was in their faces; it was dangerous bike riding because you could not see what was coming around the bends and were shredded by the overhangs; removed all lower growth on foot with loppers and higher growth on ladder (did solo- not smart) with loppers; dragged all brush deep into woods out of sight; road used to be almost entirely shaded, now almost in complete sun.

Email: donald.hazuka@covidien.com
Trail(s) worked: N/A
What was the time of day?: Early afternoon
Duration (hours): 2.0 hrs
Distance (miles): N/A
Encounters and Observations: two Jeeps entered at different times, the first with two middle aged guys, the other with a load of teenage yee-hahs; both gave thanks for the work being done. 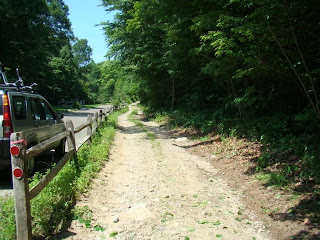