How many Trail Ambassadors does it take to Order Pizza? 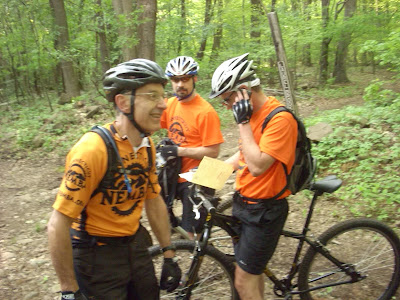 Of course, you need two additional things in order to do this task successfully: a cell phone, which Glenn had lost earlier on the trail, and the menu, which after losing his cell phone on the trail, Glenn rode back to the parking lot to pick us up so that we could go find his cell phone. Thus, another successful Trail Ambassador mission at Wadsworth Falls State Park. 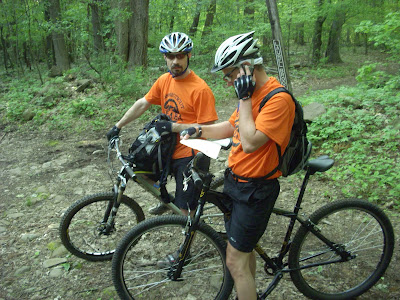 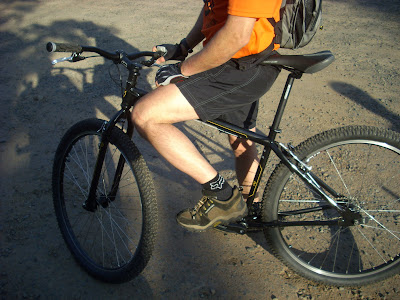 This was a unique CT NEMBA member ride and maybe the first of it's kind, half the riders were on 29ers! Al Tinti was riding is Niner Air Nine, Tom Lamourine on his Voodo Canzo (below), Glenn Vernes had his Redline with a rigid fork (above), and I (Mark Lurie) had my Qball. Also riding with us were Art Roti, John Yeich, Nathan Lundstrum, and Al's riding buddy Mike (?). Tren was supposed to meet us but got lost following Google Maps to the park. We met him later in the park. 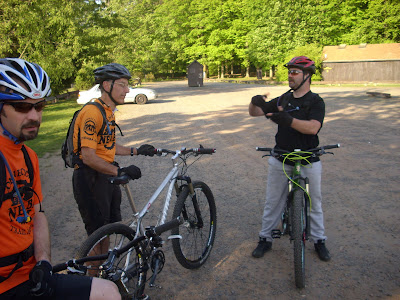 The ride started out on a mixture of dual and single track culminating with a fall line climb up an old logging road to one of the highest points at Wadsworth Falls State Park and a major intersection of trails. At the top, a few us older guys hung back to help (or to catch a breath) with the first mechanical of the ride while Glenn, Art and Mike rode off in search of Glenn's Cell phone. 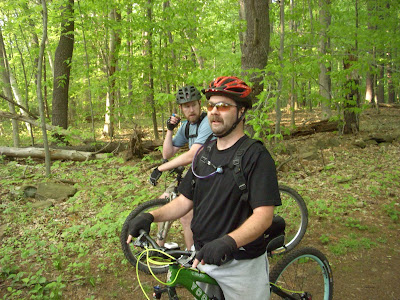 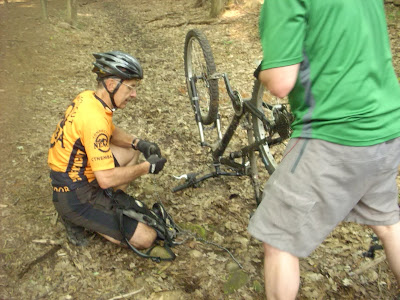 On this big climb, John snapped his chain and Al learned that his Crank Brother's chain tool (not the official CT NEMBA Trail Ambassador Issue) wasn't long enough to push the pin out. John had to jump in and use his official TA chain tool to break the chain. What John forgot but Trail Ambassador Mark had readily on hand was a quick link. 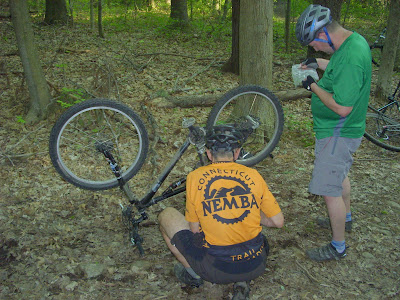 The repair was made, the Pizza was ordered, and some other riders stopped to say hello, while Glenn guided Tren in via cell phone to the park. Then we took off on some tight, twisty single track that you know was the work of a professional. While the size of Wadsworth Falls State Park is dimunitive the trails are exquisite! 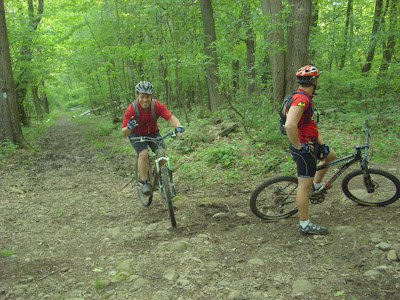 The group takes a breather before going in search of Tren. 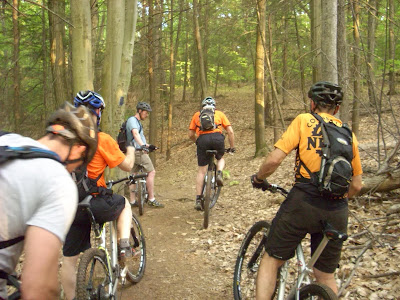 We picked up Tren after making the loop back and headed off towards The Little Falls. In the picture below, that's Tren in white nearly getting taken out by Art on the decent to Little Falls. 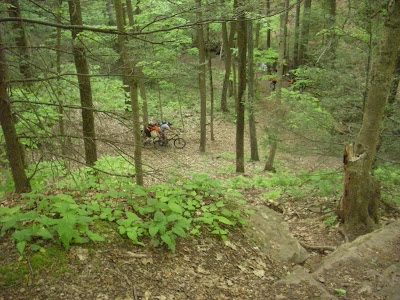 Here is a little map of our ride. The ride lasted 45 minutes and we covered 3.9 miles. The June meeting ride will be held again at Wadsworth Falls State Park, this time will be meeting at 5:30 PM and please be prompt. There is the potential of hitting some little known trails that connect to Wadsworth to the tune of 14 miles! 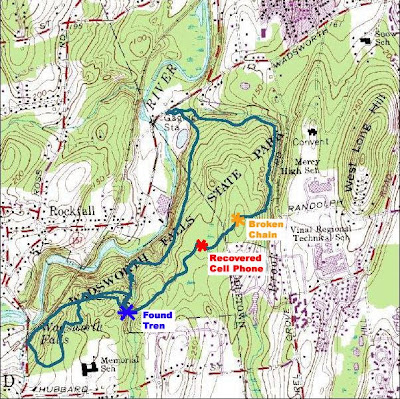 Word to the wise: If you are coming from the Capital Region, please take I-91 to Route 66 and avoid the mess of traffic that can always be found in Middletown. And, if you are going to use Google Maps, please look at the actual map so that the route makes sense and you don't wind up in Higganum again! 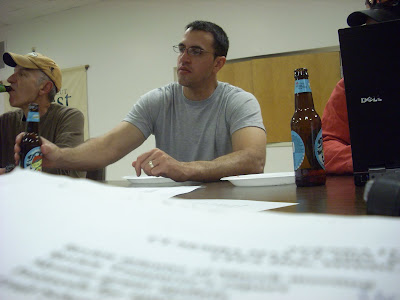 As for the meeting, it was great! Pizza was tasty and there were plenty of motivational beverages. Quite a few members turned out with some great ideas for upcoming events that they are going to lead and we are going to support. Huge member turn out! We have some great plans coming up for National Trails Day, a new weekend ride series, the Happening at Huntington, Fall Fiesta, a Cyclocross Race, and Take a Kid Mountain Biking.
Posted by CT NEMBA at 8:22 PM