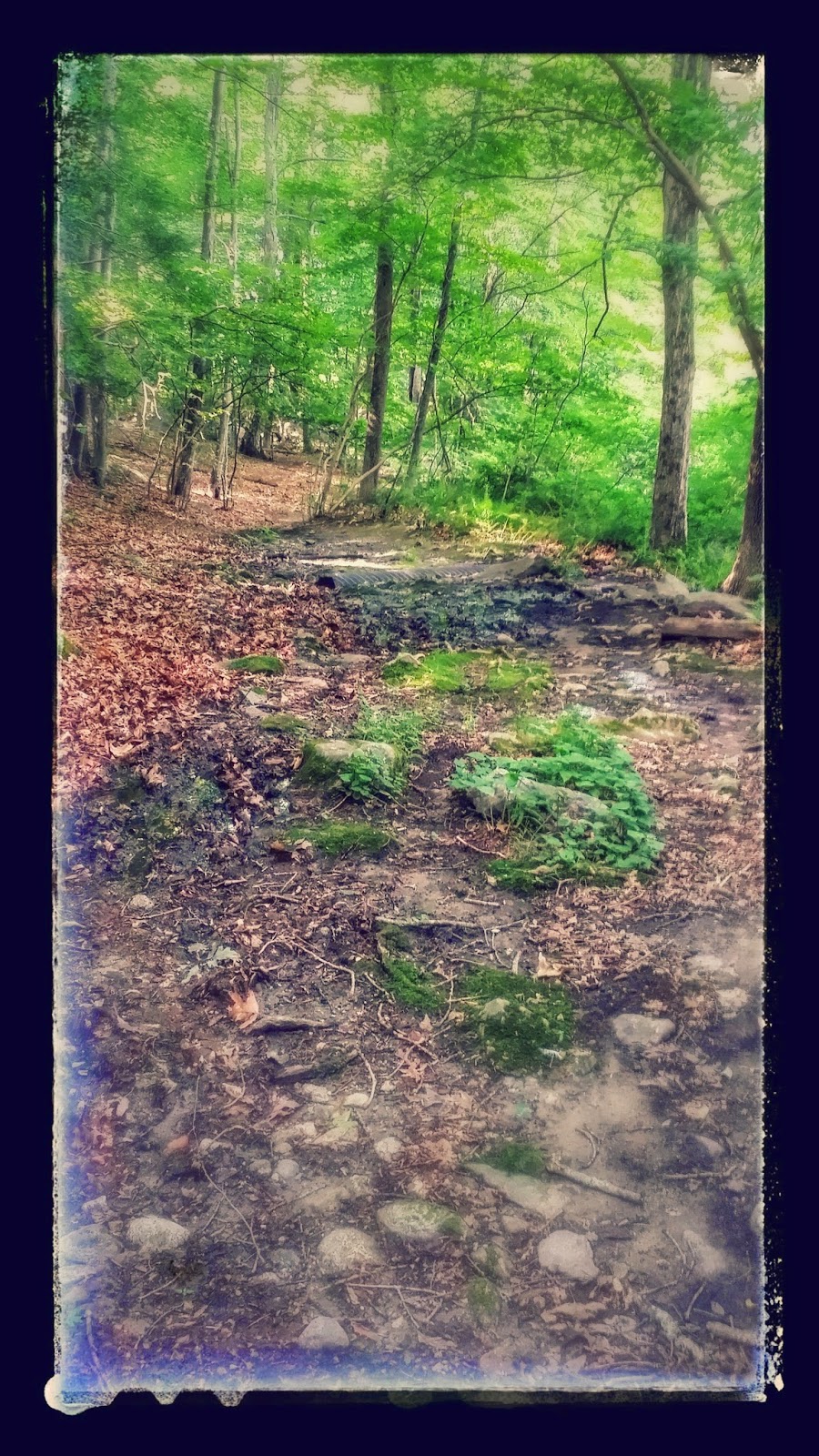 Observations/Information: Finally made it to Osbornedale this morning. (Arrived 8:30 and the gates were open.)

Took the red trail loop counterclockwise, starting/ending in the field by the pond (plus a couple of the spurs that run out to the road). Trail's in mostly good shape, with a couple of washouts, and one mucky spot near a rusted-through culvert on the west side (the photo of which for some reason Google+ decided to AutoAwesome for me). Trail ranges from boardwalk (near the start), to singletrack, to doubletrack (especially the parts mowed through the fields). Some of the singletrack could use some brush-cutting and/or lopping (and I did lop some branches and prickers that were well into the trail); some through years of use were widened into something more like single-and-a-half track. There's a tree down across the trail on the south side fairly near the end that I probably could have taken the hand tools to, but frankly I was running out of time (today's a work day after all). Blazes were plenty visible. 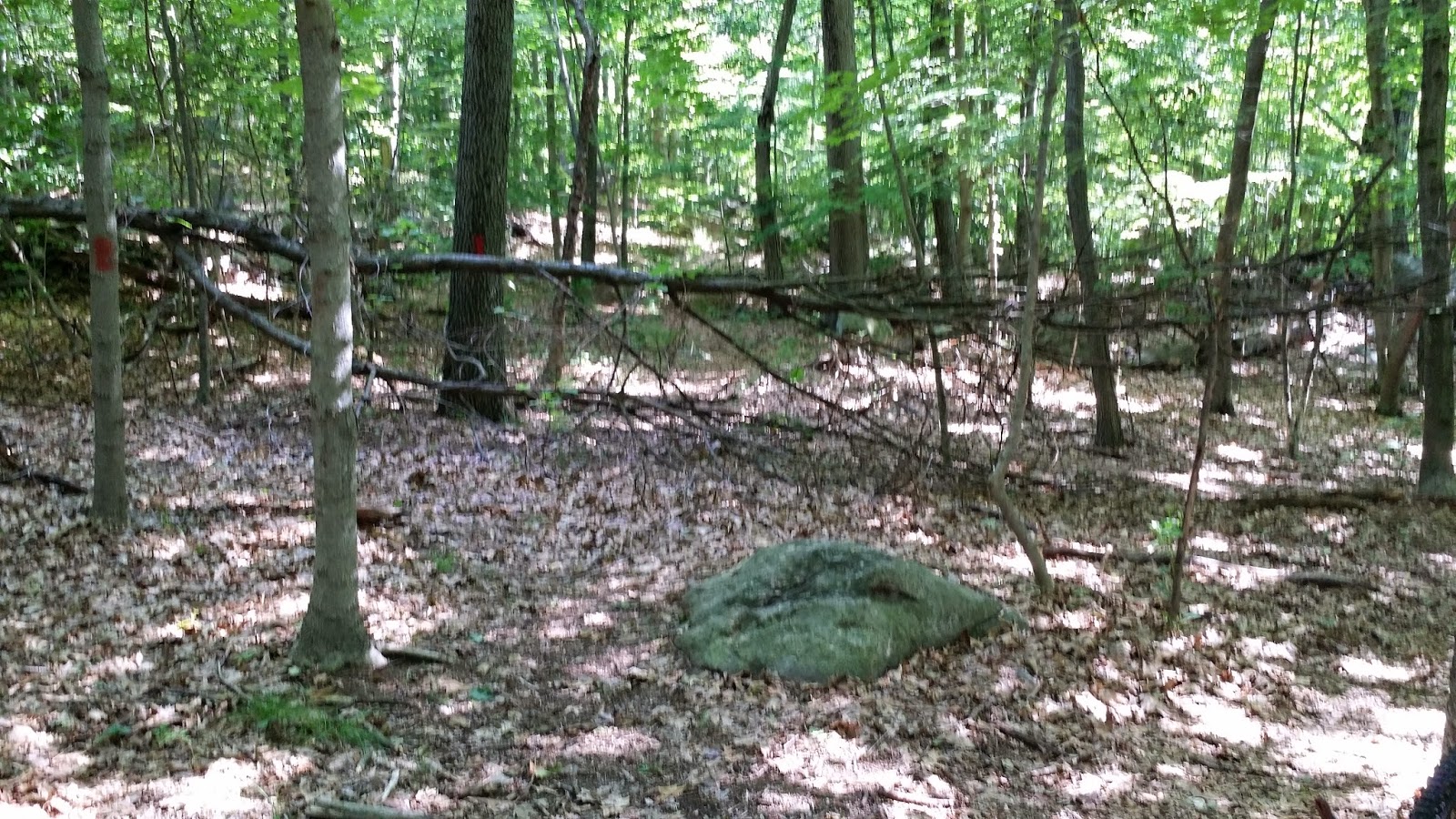 It gets steep in places (and I admittedly bailed and walked it), and there are the odd rock and log features here and there. Down remains much more fun than up.

No other two-legged (or wheeled) critters with me on the trail - plenty of four-legged in evidence throughout the ride. Some folks around the pond (where I took the obligatory "mountain bike leaning on things" shot) when I got back. 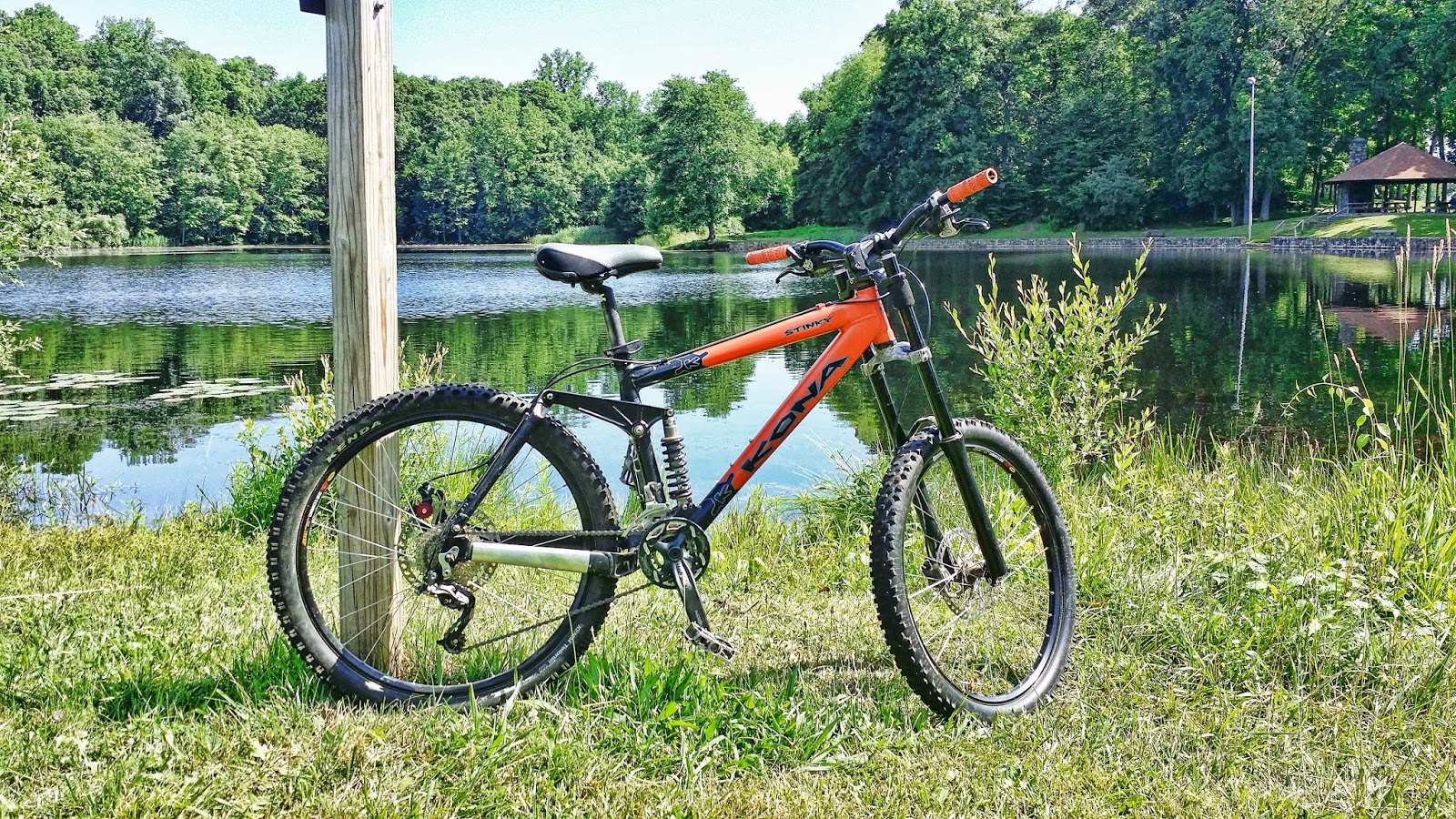