Date: 3/3/2010
Condition of Trails(s): Soft in some spots otherwise holding well, except for one section. If you can avoid it, stay off the fire road because it's way too soft.
Trail Ambassador Name: Mark Lurie
Trail Ambassador Email: eatsleepfish_at_gmail_dot_com
Town: Southbury
Location: George C Waldo State Park 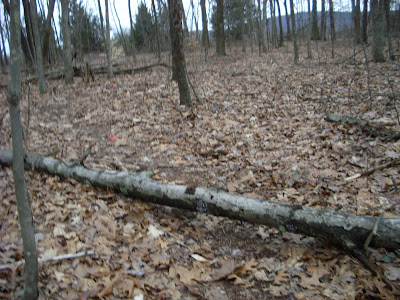 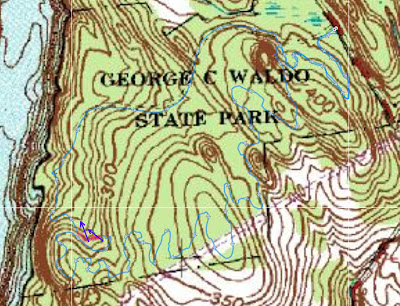 Observations: There is a tree down on the trail, not terribly big but it would make a nice up-and-over feature. It's just west of the juncture with the Hunter's trail. In the map above I have pointed out a small section of the trail that due to the topography the trail cuts through a swale that draws a lot of surface water which eventually winds up in a stream further down. The trail through here is extremely soft and should either be re-routed or benched to remove soft, duft layer that makes it muddy. 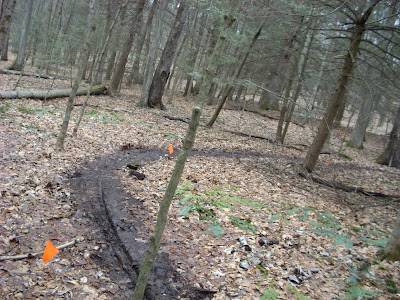 Apart from a few twigs blown down on the trail looks like the trail isn't getting much use during the winter. 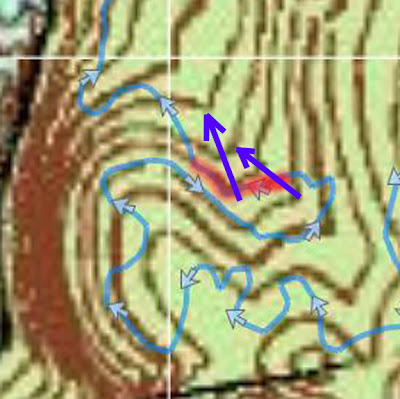