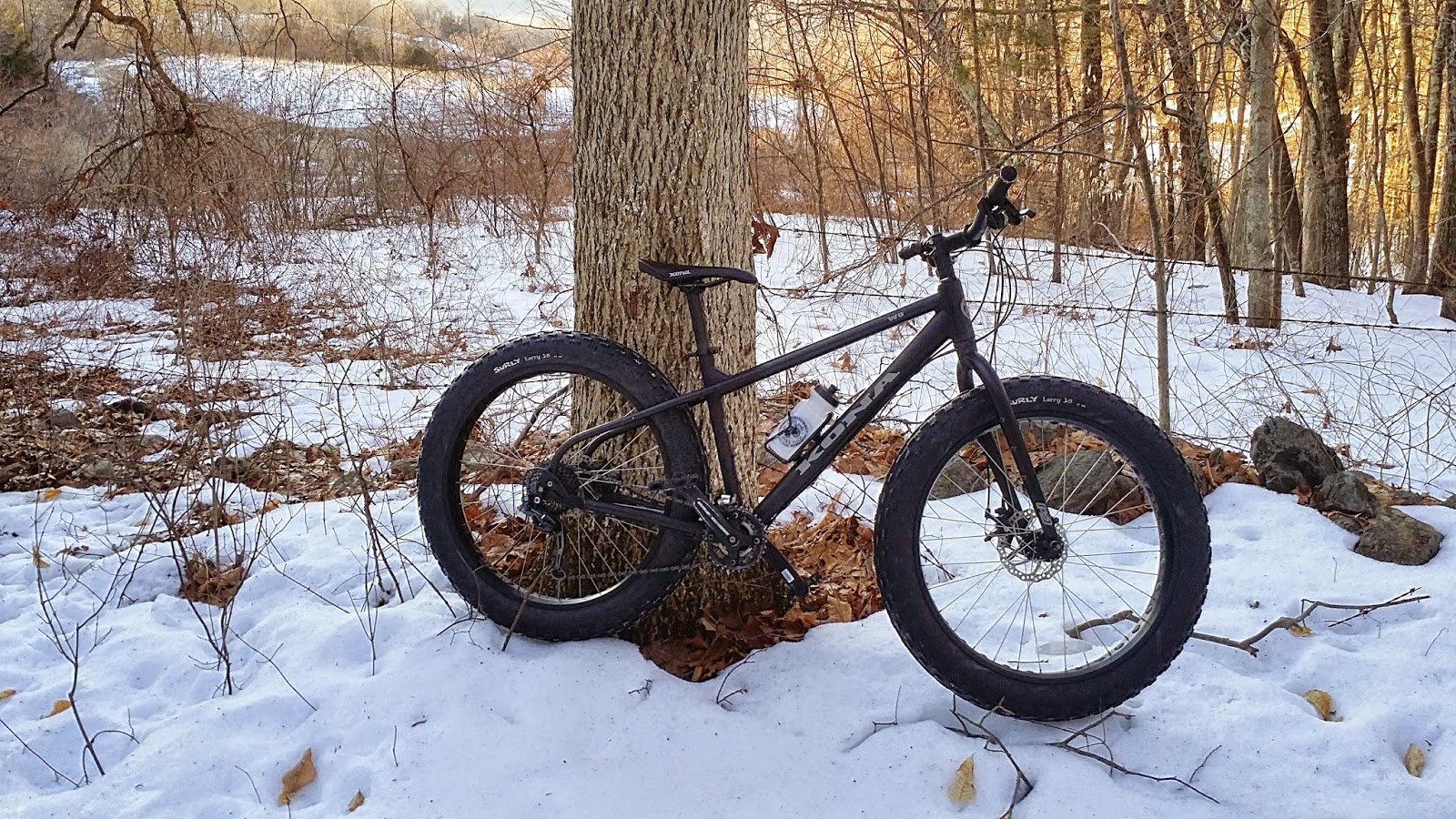 Observations/Information: Given the cold snap, I wanted to try to get in another snow ride. (Maybe this one will be the last of the season??)

I took a chance on a first-light ride @ Waldo. Temps were in the teens, so ground/snow pack would be (and was) well frozen.

There's still a significant amount of snow on the ground - few if any bare patches, and most places several inches. Even in places where there hasn't been any traffic, the thaw and freeze has left the snow sufficiently compacted to ride a fatbike without sinking in. 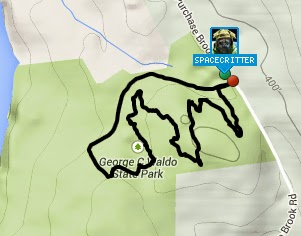 Route was Waldo (red) to Daffy (yellow) to Hunter's back out to the fire road, so it was a short run. Waldo showed heavy (mostly foot) traffic, which compacted the trail but made the ride bumpy and in some places resembling an "inverted" rock garden (holes instead of bumps). Daffy (from the eastern terminus at Waldo to the intersection with Hunter's) had segments with no recent traffic, and some with one or two sets of footprints. While the heavily trafficked trail was rideable but bumpy, and the no traffic areas could be ridden on top, the one-two footprint segments were extremely difficult to ride without a wheel dropping into a (several inch deep) hole.

Stopped several and many times to remove small branches (copious due to the winds we've been having).

And I was the only one crazy enough to be in there early this morning (i.e no other users in sight)