Observations/Information: I couldn't let a day like today slip by without at least a quick ride, so I snuck out for one. The snow had stopped falling and the sun was out, and we weren't getting the monster winds that were forecast (though they did pick up a bit as I was leaving).

Since I didn't know the state of the Res 4 lot, I decided to park on Old Litchfield Turnpike and enter at the Route 42 gate.

Up west side of Res 2, up to Res 3, across the dam and up to Res 4, and out to the parking lot. Snowy - not plowed of course - but no reason I couldn't have parked there. Plenty of tire tracks in evidence so someone had. 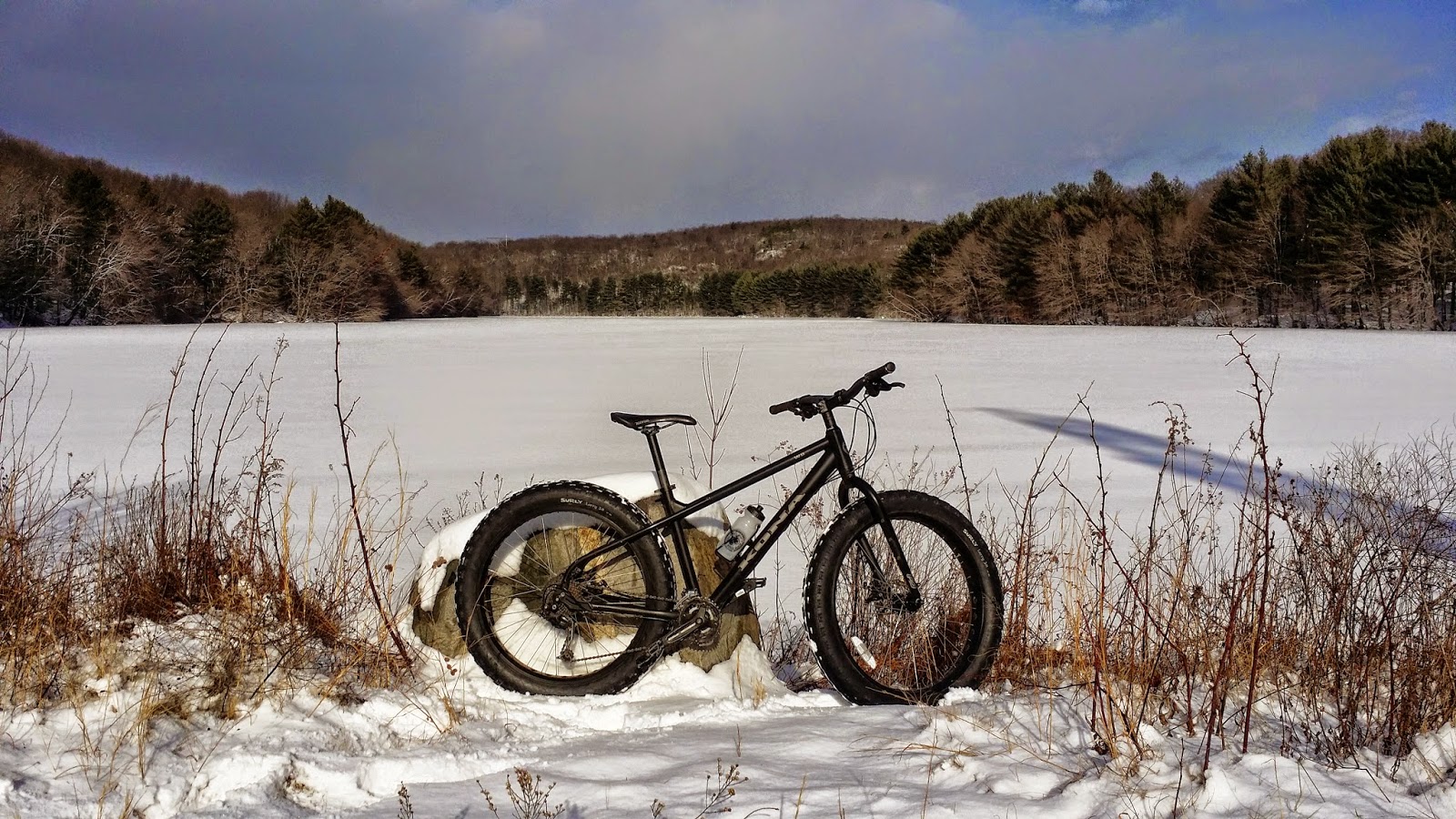 I did what's usually my little warmup loop, then headed up the east side of Res 4 to the rocky road trail. There's just enough snow to obscure where the nastier rocks are, and I got hung up a couple of times. Took that down to the intersection with the Camaro trail, then onto the singletrack bypass to the wet area by the power lines. Yes, it's still wet - both the running stream across the trail and the trail immediately to the south (under the power lines). That was the only wet encountered, though, except for some water running across the new rip-rap crossings around/near Res 2..

Down to Res 2, around the east side, then circled Res 1 then back up to the gate and out. 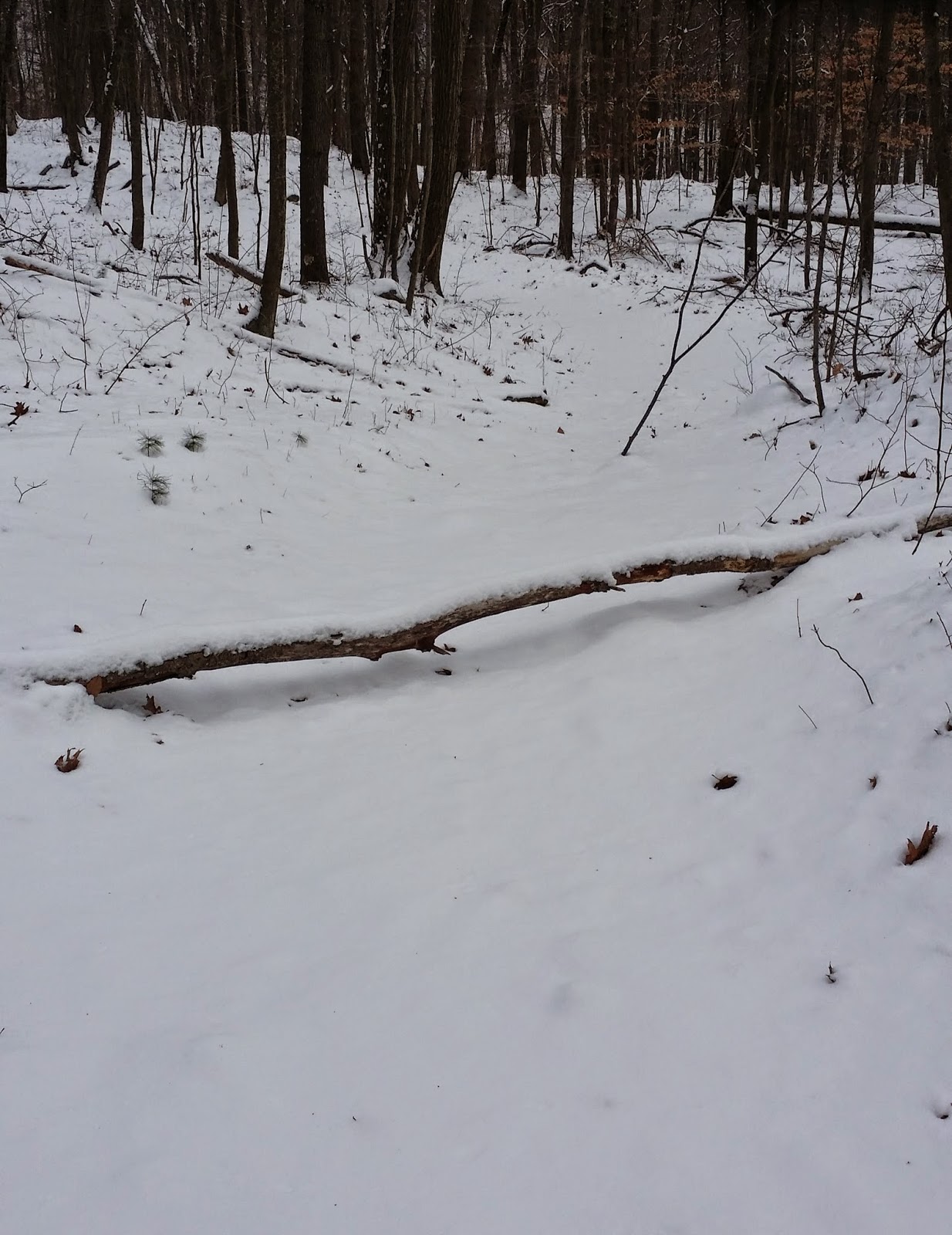 TM was the usual: toss the odd branch off trail. There was a small tree down out near the big rock east of Res 4, and at first I thought I was going to have to break out the hand saw, but the bottom had broken off and I was able to drag it off trail.

Encountered a dog walker, and saw an ice fisherman on Res 2. Thought I saw someone in the woods east of Res 4 (no blaze so probably not a hunter). Plenty of tracks on the Res 2 loop, but very few elsewhere - above #2, in many instances mine were the only ones of any kind.