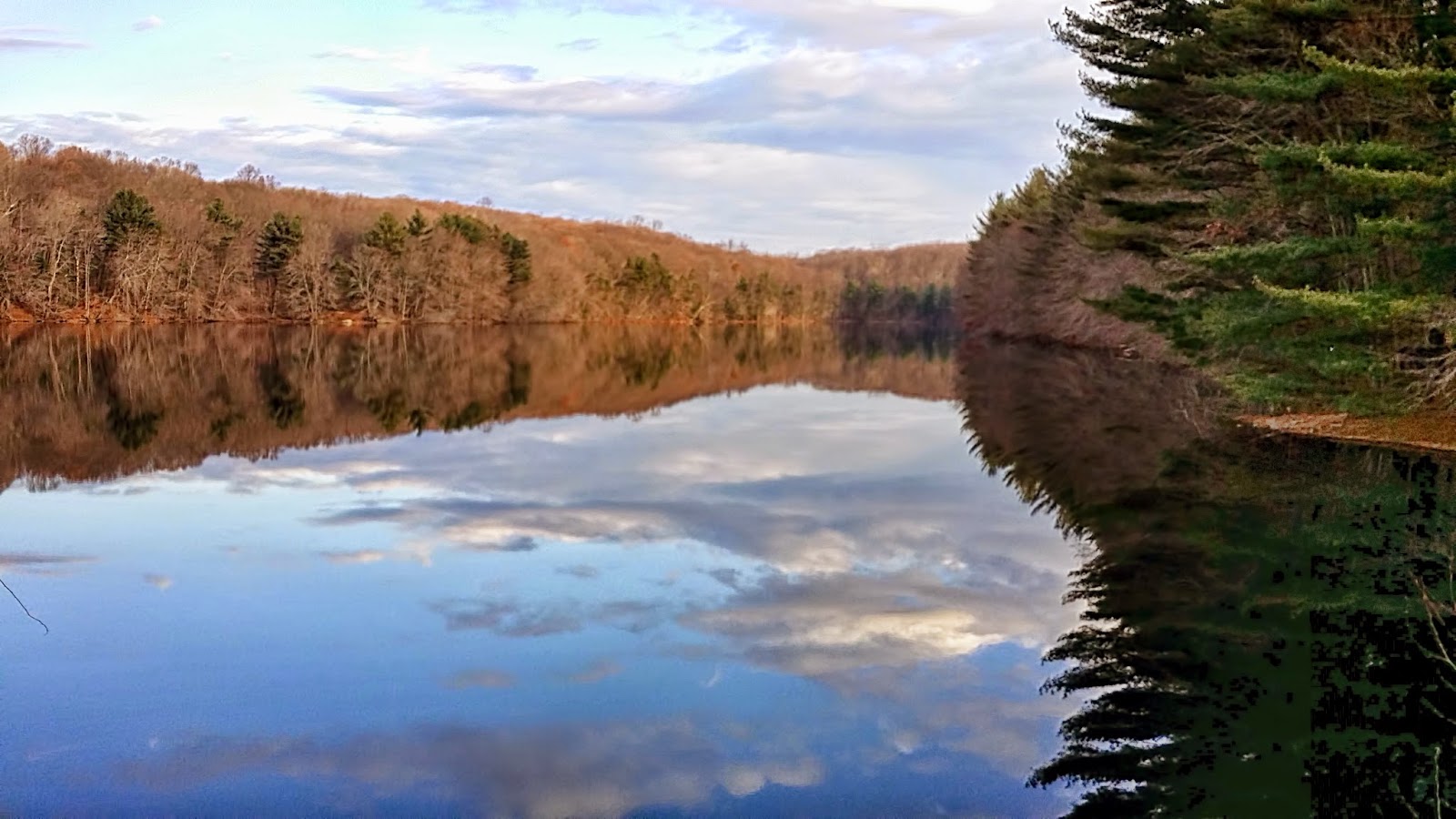 Observations/Information: I finally got the ride I intended to have last week (but which ended early due to mechanical: rear brake). http://www.mapmytracks.com/explore/activity/1737245

At first I was afraid the freeze and thaw would mean mushy trails, but happily that wasn't the case. (The usual squishy spots were squishy, though.) Not sure if everything will remain as rideable given the warmth and rain forecast, so proceed with caution.

In at Res 4, did my little warmup loop, then down the Camaro trail, right onto the singletrack bypass to the power lines, then down to Res 2. Almost at the Res 2 loop, there's a widowmaker hung up across the trail. Ride-underable, but it needs to go. 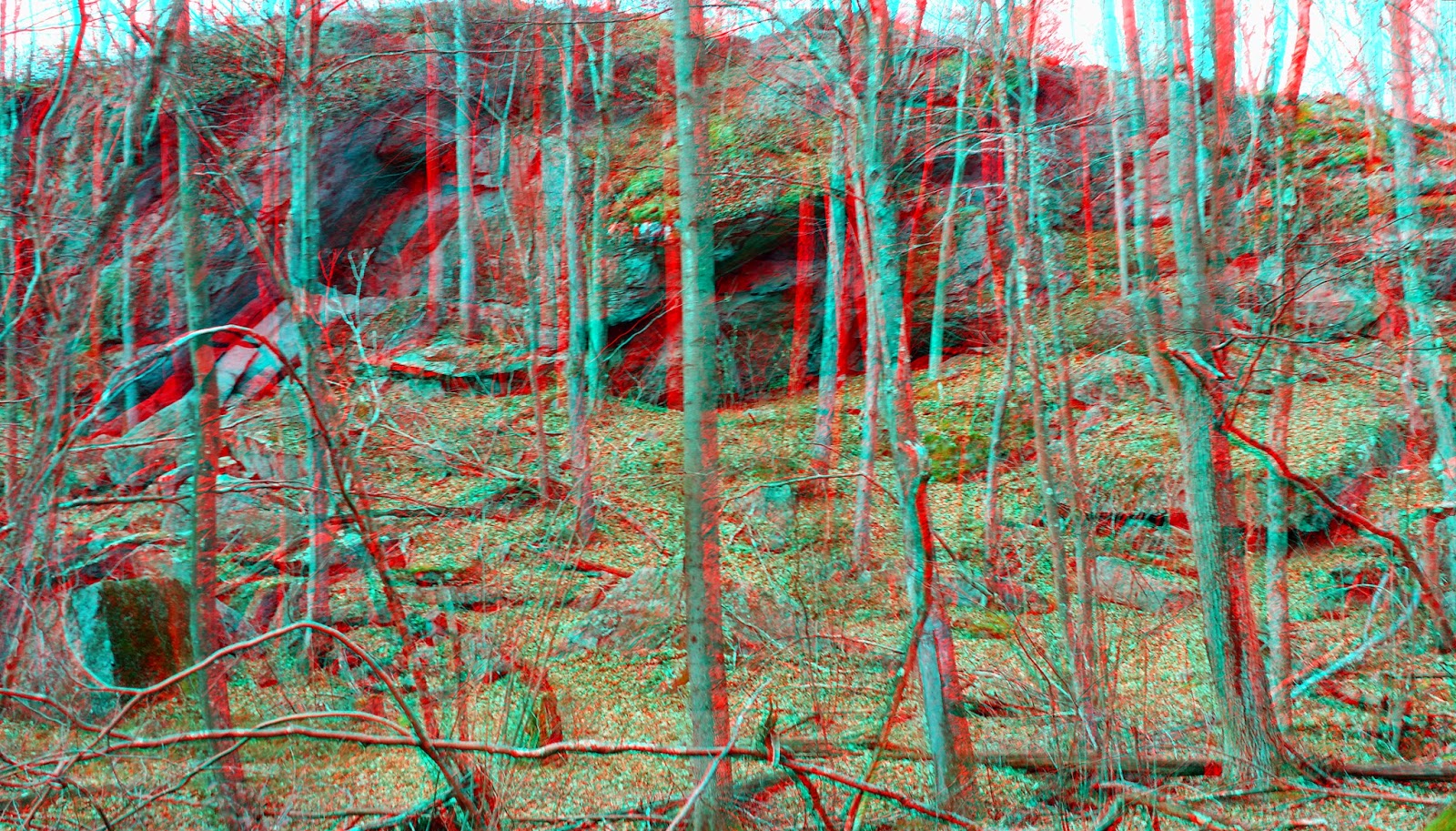 Down the east side, down around Res 1, then back up the west side. Took the steep (but now smooth) road up to Res 3, across the dam and up the east side back to Res 4. I wanted to see the state of the area up top that had been logged, so took the trail up the east side of Res 4, hike-a-bike up the ruff-n-steep, under the power lines and out to the fire road by the beaver pond.

I'm not sure what it means, but there's a patch of trees across the fire road from the beaver pond with markings: some have orange dots while others have blue lines painted on them. 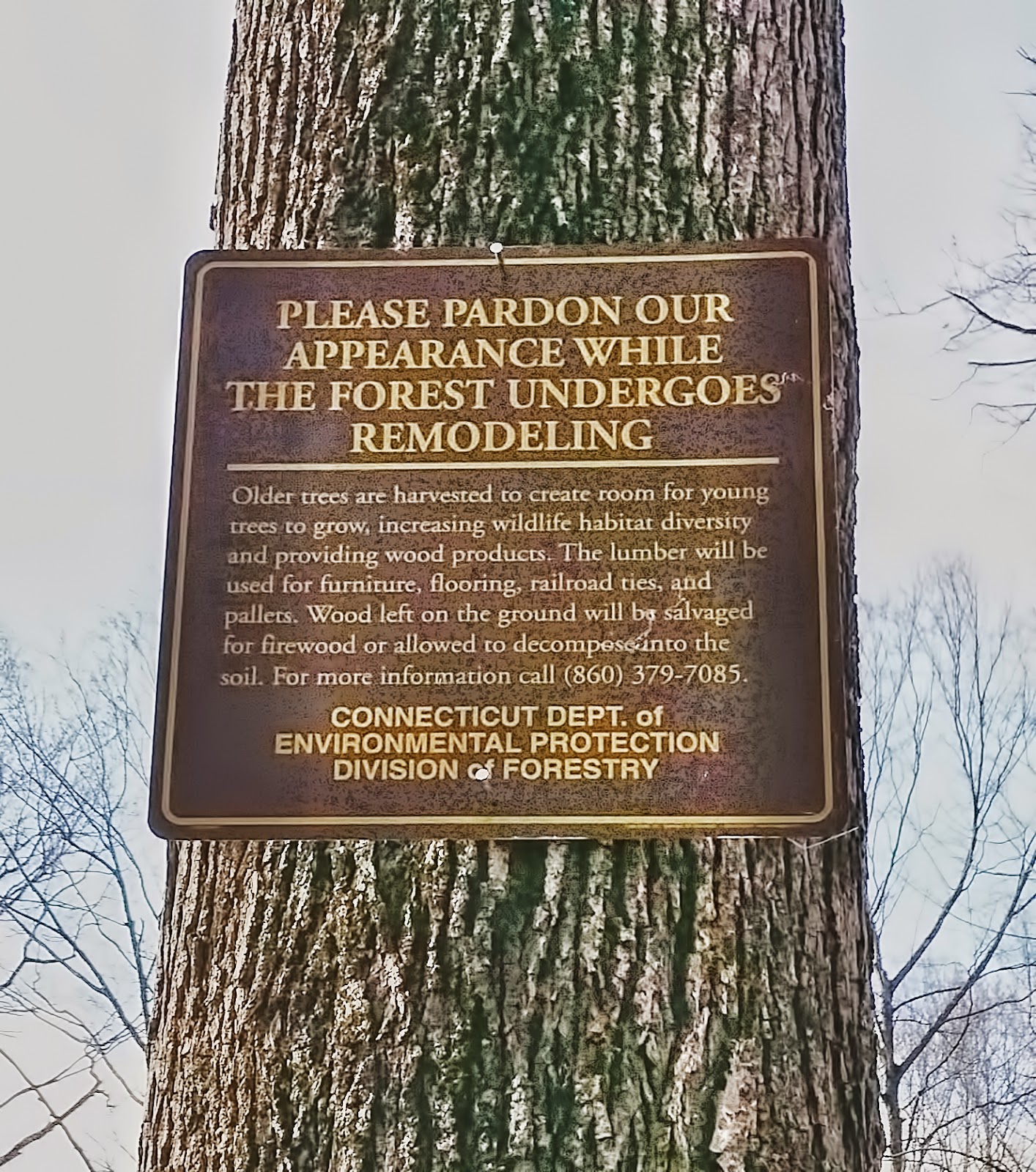 Rode down the fire road to the bend where the logging had been (or is). It was better than it was the last time I was up there - almost rideable in its entirety - but still messy enough to walk a few stretches. A couple of people could probably have it cleared in an afternoon, but before spending the time and effort, I'd want to be sure the loggers were done there.

Rode back down and again under the power lines (and under the widowmaker) and down to Res 2, turning right this time and heading up the trail to the east of Res 3, again crossing the dam (the other direction) and heading up the west side trail. Most of the mess from the logging that had occurred there has dwindled down to a few logs embedded in the trail. (Riding up that trail is thus trickier than riding down it from Res 4.) Took it back up and out.

TM was the usual, mainly kicking branches off trail, but I did have to stop a couple of times and break out the hand saw and/or loppers for branches. Also picked up yet another deflated balloon on a ribbon that must've floated in from someone's party. Stopped now and again for photos, too. 8^)

Also: two blowdowns across the fire road just in from the Old Litchfield Turnpike (north end) gate. Step-overable, but not sure Gator-overable.

The orange and blue marks on trees are from the forester indicating that they are trees to cut down. I see this a lot on water company land too.

The widowmaker was cut by John Rek, a CFPA trail maintainer, on Dec. 14: http://ctnemba.blogspot.com/2014/12/naugatuck-state-forest.html