Someone must've knocked loose one of the rocks in the first rockover on WW off the parking lot. (Moved it after I finished the ride.) 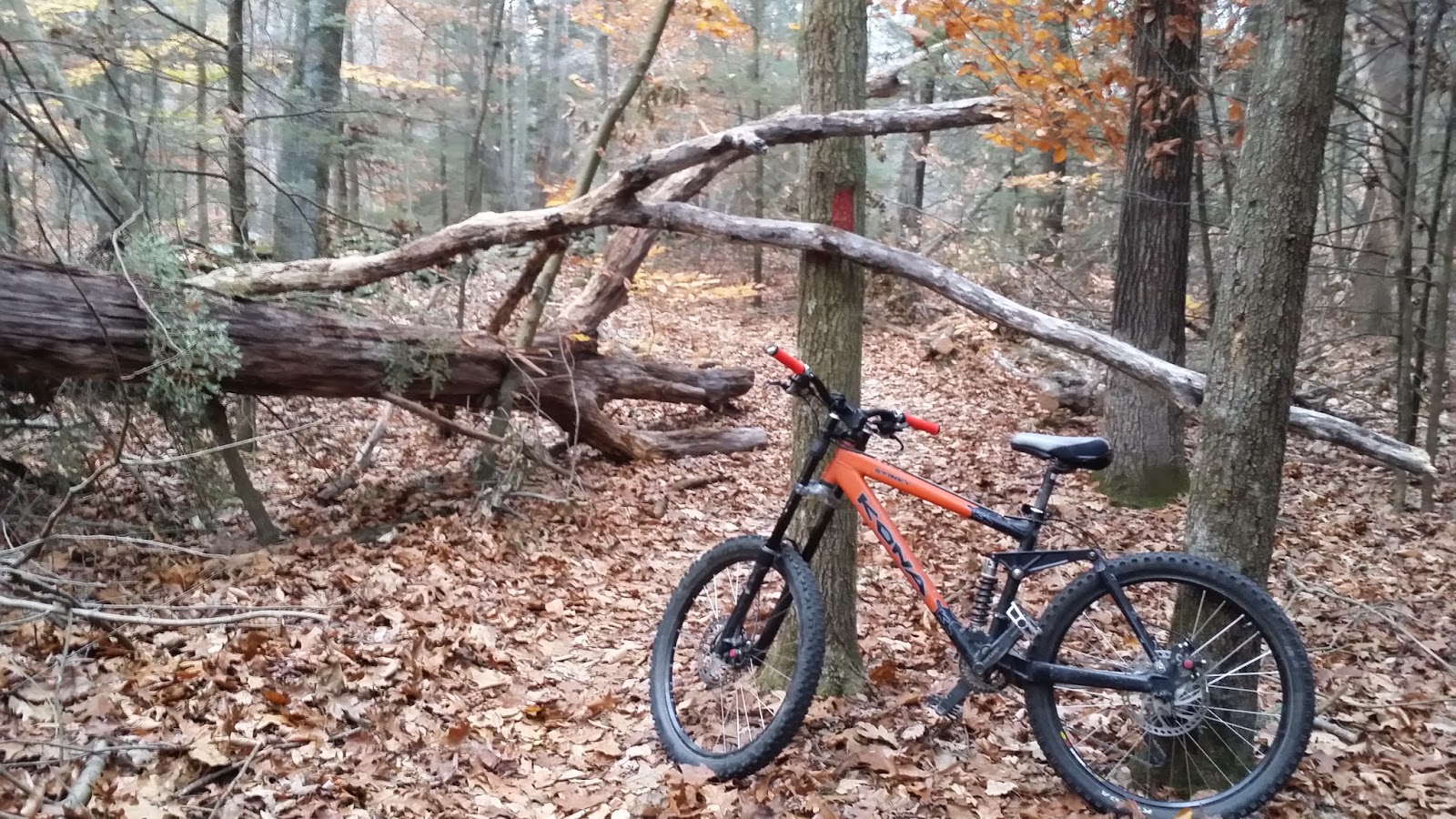 Stopped several and many times to kick(mostly small) branches off trail. Over by a big blowdown on WW (shortly after the eastern junction with Daffy) a smaller tree came down atop it and across (over) the trail. I could probably duck and ride under it, but someone bigger and/or on a 29er might not, so to avoid a braid forming to the right, I got rid of it. 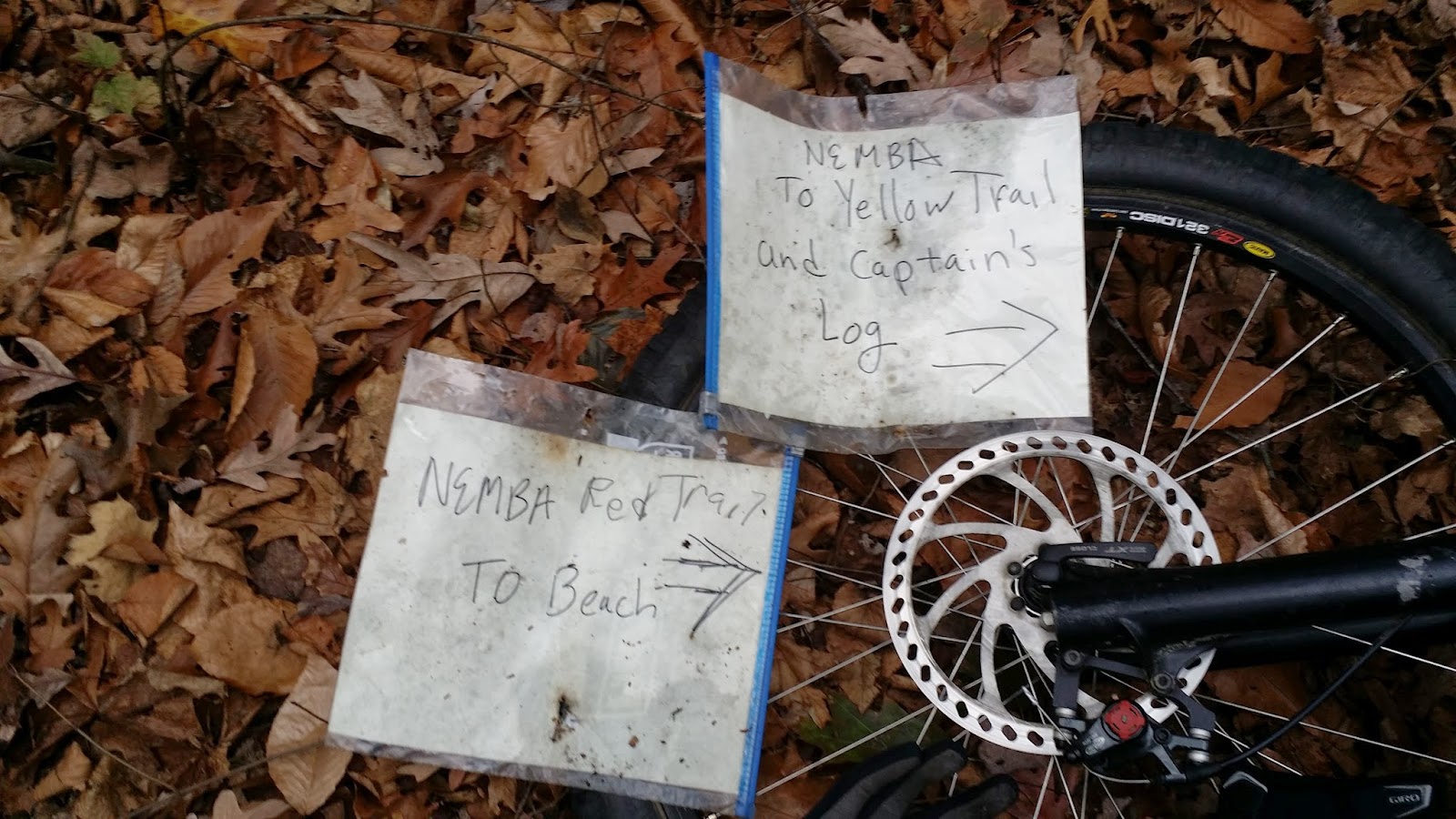 At the western junction with Daffy, I saw what appeared to be some litter in the woods. Turned out to be two of the directional signs which used to be on the trees, but must've blown off in the wind. Since I didn't have a reliable means of tacking them up again with me, I took them out. (Paula: I have them here at the house.) Maybe we can get permission to put up some for-real signs? (Itching to use that router I bought.) Maybe signpost where the bike is, here: 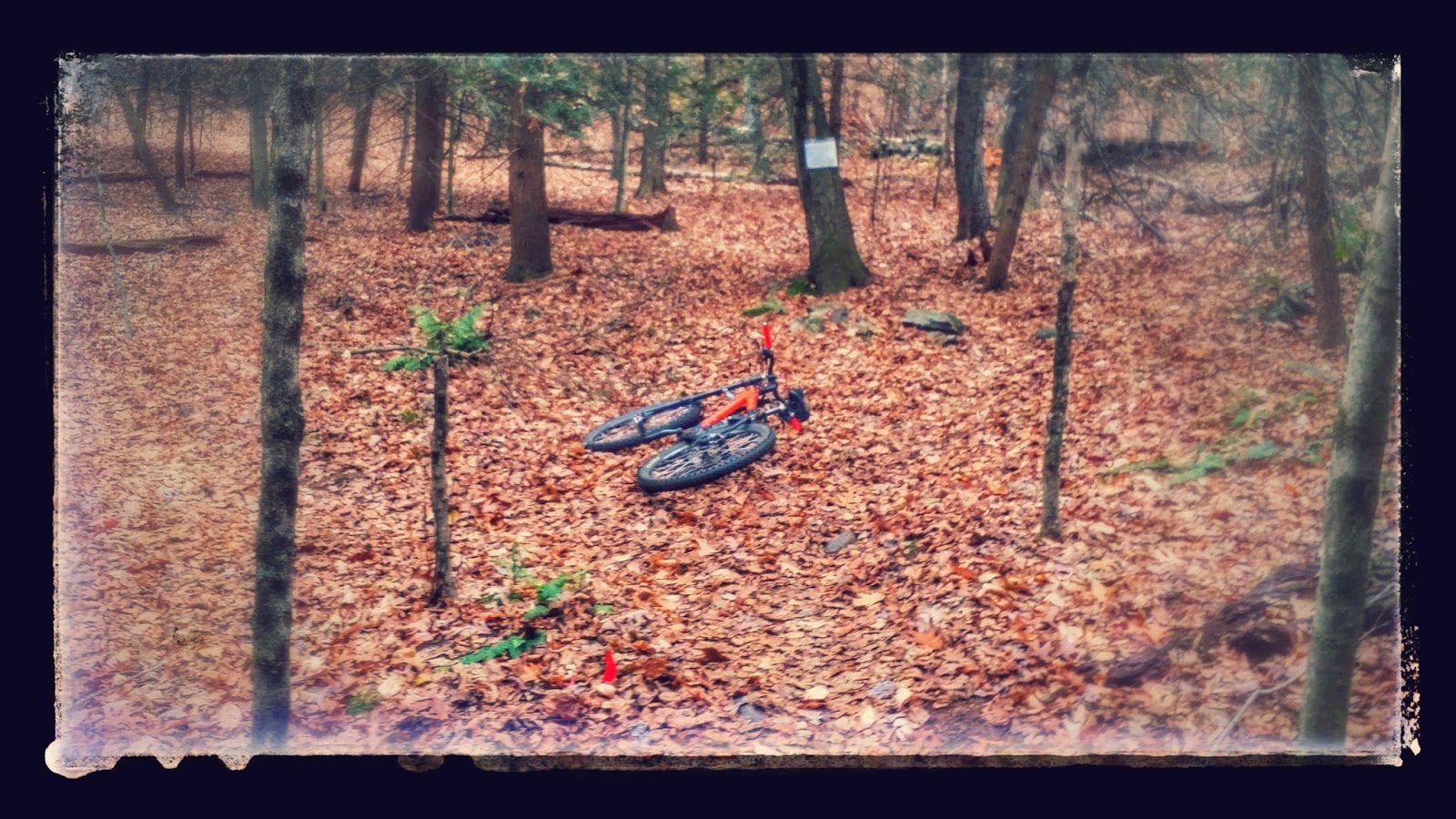 Took Hunters out to the fire road (and managed to ride right off the little bridge cuz klutz). Back home, had taters fried in duck fat in honor of riding Daffy (and eggs and kidneys, too, of course 8^) 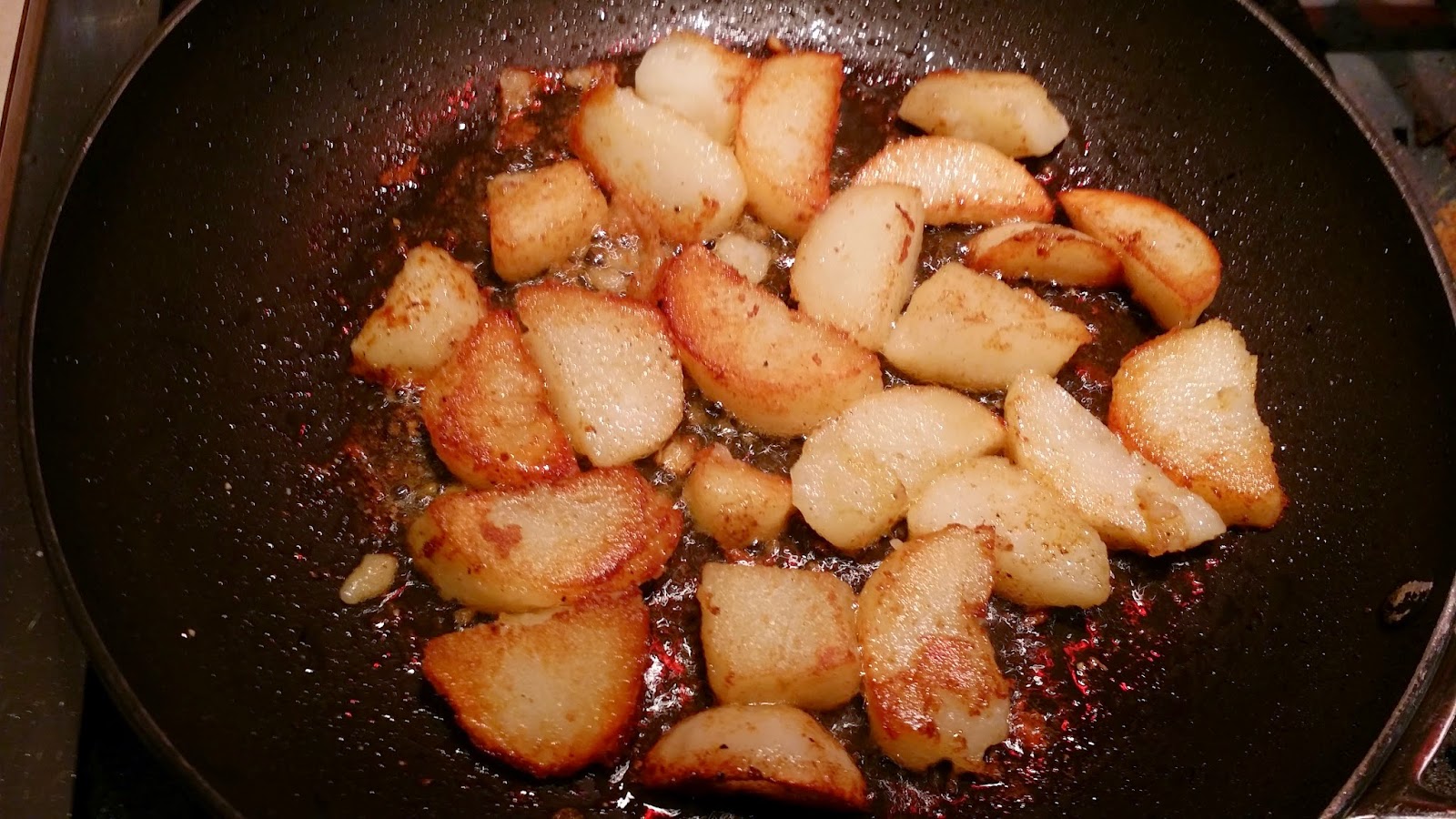