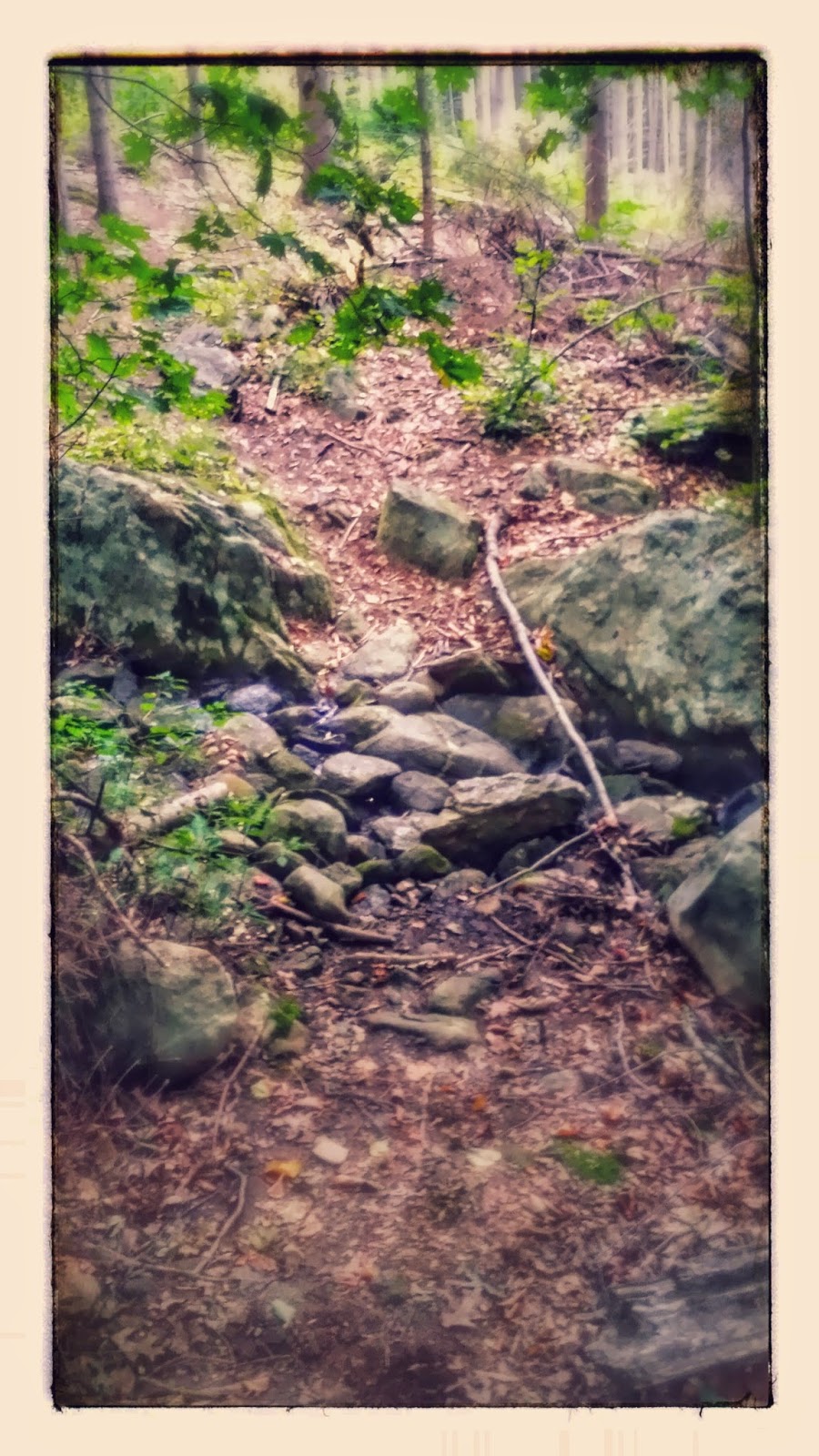 This time I decided to take the trail up from Res 2 to the east side of Res 3, across the dam, then up the piney mess on the west side. It's VERY overgrown, and two trails have been beaten in: an upper following where the old (pre-logging) trail was, and a lower trail along the edge of the water (which is sufficiently gnarly I can't ride it at all - maybe the cool kids can).

The upper is still a piney mess, but a lot of the small litter has been beaten in or kicked off to the side. Beware the prickers. There are also several and many logs across, but for the most part ride-overable (even by me). One large pine log was still studded with branch stubs which, were someone (such as Y.T. the klutz) were to blow the hop and land on, would cause a serious injury, so I stopped and spent a couple minutes cutting them off with the handsaw. Other than that, TM consisted of kicking the odd branch off-trail. 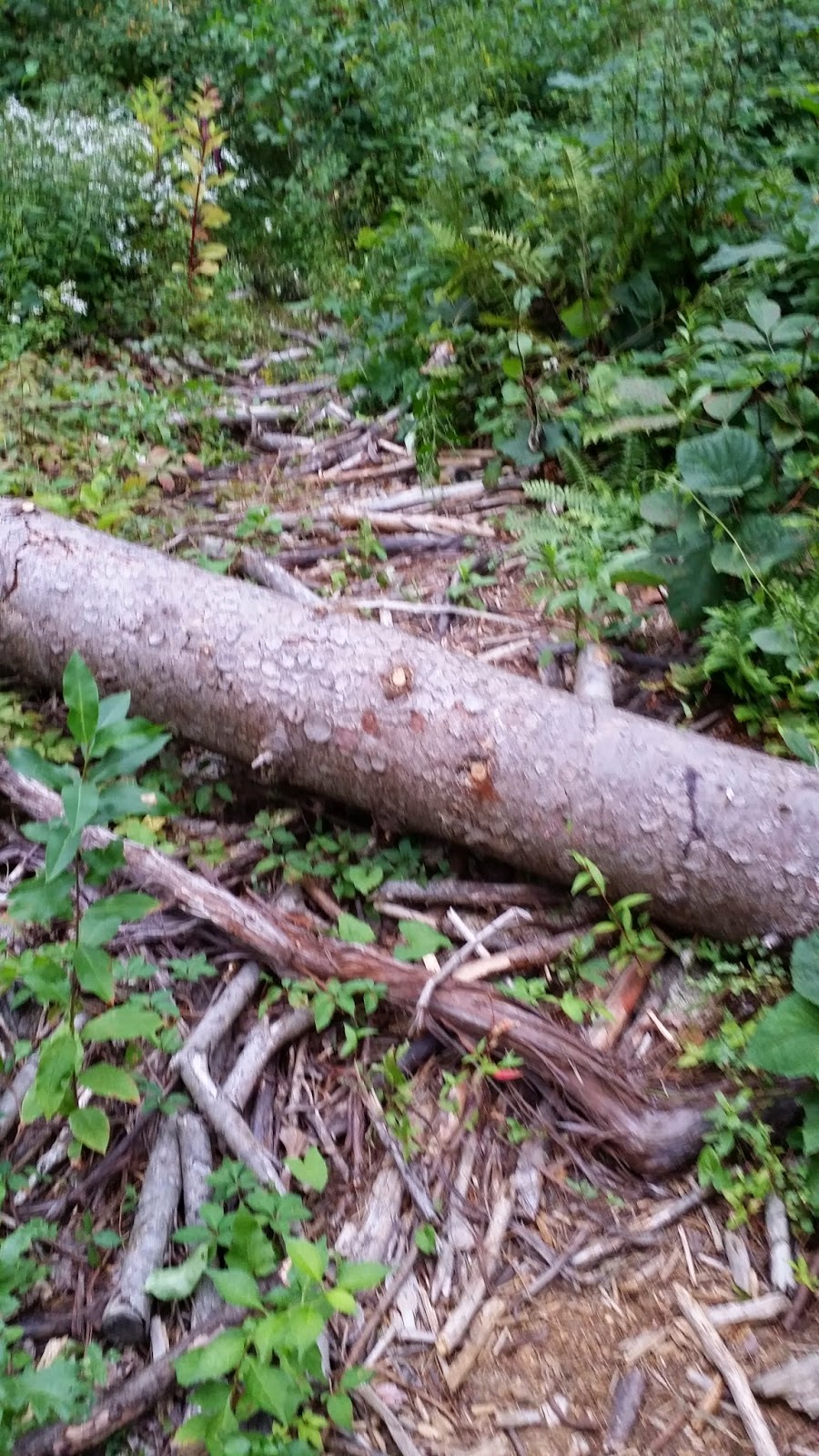 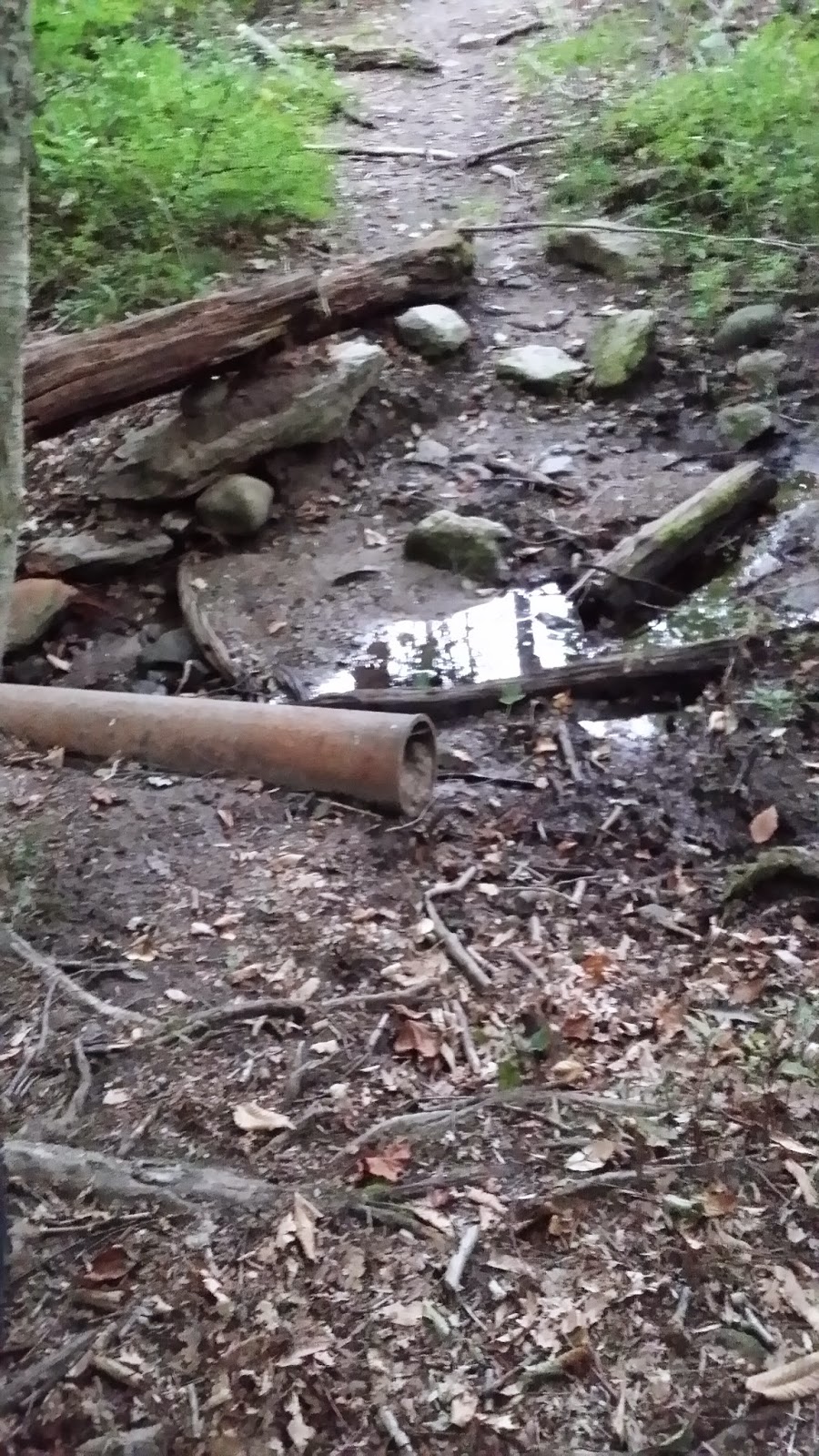 North of the pine mess, there's still a badly washed-out culvert near where the old truck was. (Truck is mostly gone, but there are still a few pieces here and there.) Above that is a stream where someone built a rock crossing (tricky enough I haven't tried riding it yet).

Other users: guy walking dog, getting into his car and leaving as I was riding in. 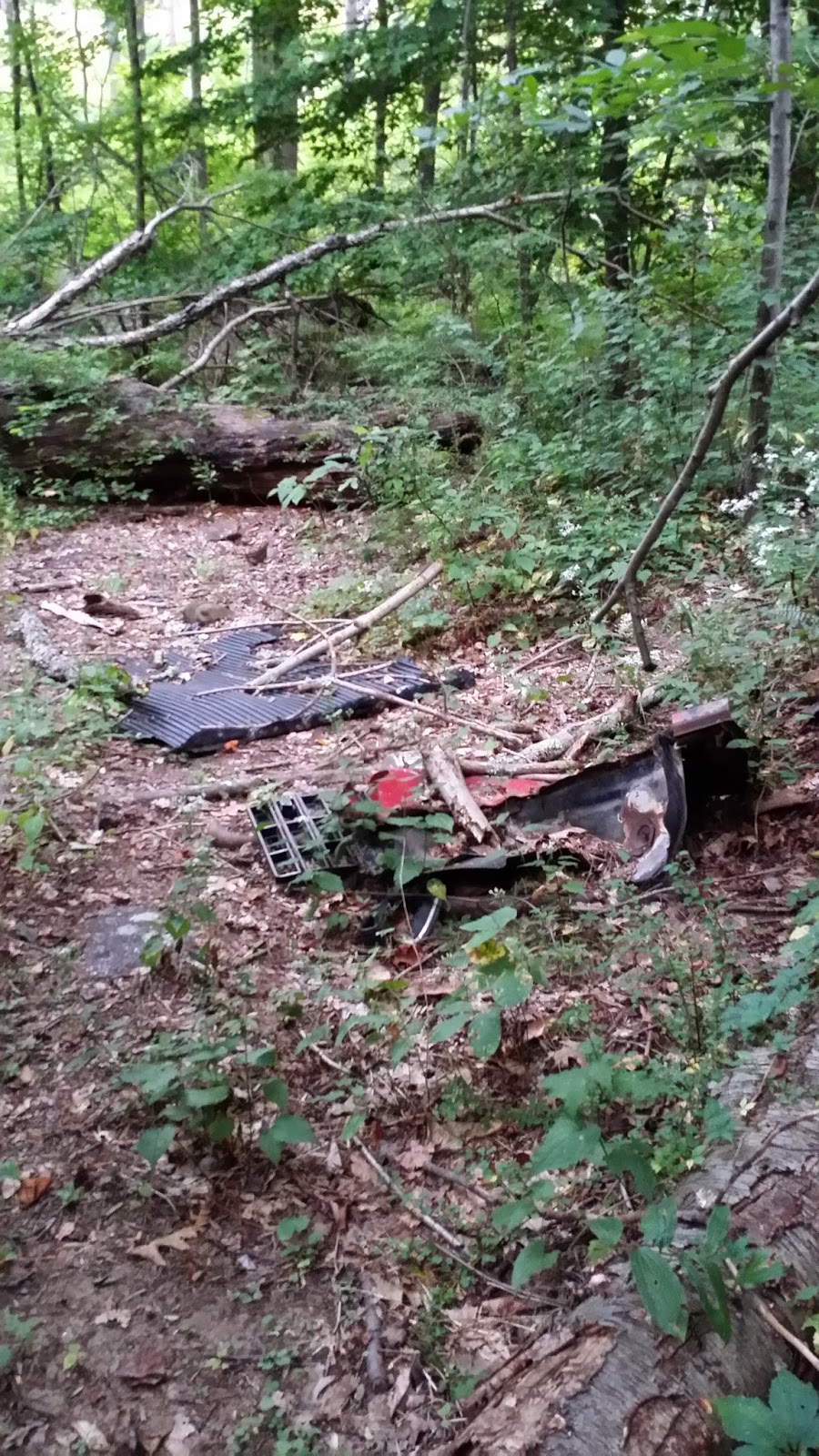 Updated Sunday (8/31): ran back over there this morning to take the photos I should have taken originally.