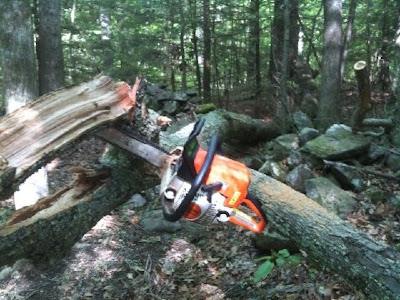 Date of activity: May 13, 2010
Condition of Trails: Big blowdown in the second stone wall crossing

Observations: I first noticed this blowdown a few days ago. I did not think it was too bad, except that it was in the trail ( not across it) and the tree had fallen in a stone wall breach.After a closer inspection I realized tIt was a big job. There was a number of smaller trees and limbs that had to be cut before I could get to the trunk.The trunk was lodged between rocks and a smaller tree creating a twist tension which requires lots of cuts. I managed to pinch the saw, but it wasn't too bad to get loose. I also cut smaller tree further up the trail and worked on a tree in the access road. 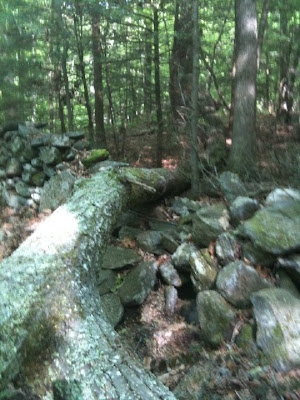 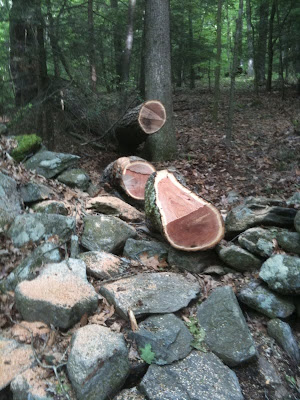