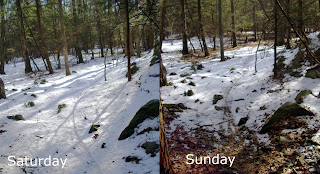 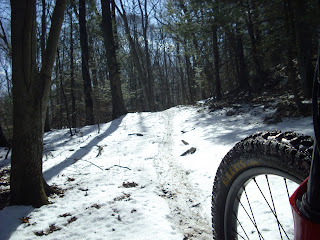 Observations: The Gussy saw some waffles come through later in the day on Saturday evidenced by the frozen patterns in the snow. Quite a bit of snow has melted, maybe less than 50% coverage at this point The Mulikin was virginal and Trailway didn't look like anyone had ridden on it since the last snow but I could have been mistaken because it's a heavily walked trail as well. Did a little TM (pictured below) by finding a few more flat rocks for the wet section south of the Trichter. This section needs a bit more work. 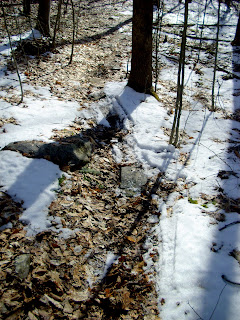